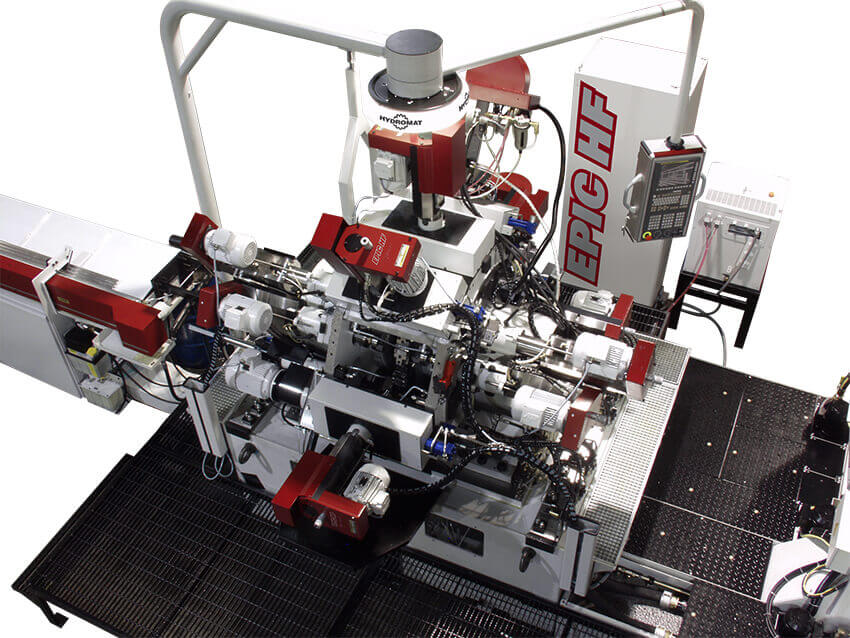 The EPIC HF FANUC rotary transfer machines come in two models: the V8 and V12. These EPIC HF models are equipped with the FANUC 30i-MODEL B control. These modular machines provide tremendous versatility and flexibility in a turnkey system. The Trunnion machines are equipped with 8 (V8 machine) or 12 (V12 machine) chucks. These hydraulically actuated, self-centering chuck jaws keep the workpiece stationary while the table indexes to each machining position.